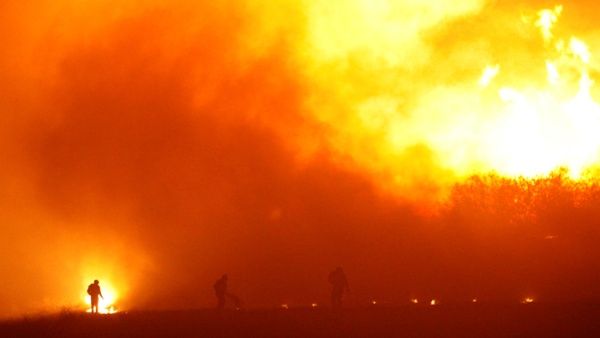 Experts Julian Montero and Marc Castellnou from the EU Commission on Civil Protection & Humanitarian Help hold a press conference in Chile. Sitting next to Castellnou is the Head of CONAF (National Forests Corporation), Aaron Cavieres, and acting Minister of Agriculture, Claudio Ternicier.  Castellnou’s press conference is meant to leave no doubts. The January/17 wildfires in the regions of Cauquenes, O’Higgins, Maule and Bio-Bio, have been of such devastating intensity, “no country in the world is prepared to deal with fires of this magnitude, the characteristics they presented, the simultaneity of outbreaks, and their aggressive nature”.

Indeed, international experts, the press, and national data show that the magnitude, nature, and scope of the fires that broke out in January this year in Chile were one of the worst in the planet.  According to Castellnou, the fires were unique in the pattern in which they spread as well as the velocity and fierceness in which they spread.

Castellnou remarked that 8 years of relentless drought, scarcity of rainfalls and a shortage of water supply, are among the reasons that explain why the fires broke havoc in three regions in Chile. These are the regions where the olives are produced,  the valleys from where Chilean wine is exported, the valleys where grapes are harvested, where fruits and pine plantations are grown in co-habitation with native species but also subjected to climate change within the precepts of an extractive economy. Consequently, these are the regions in need for improved planning and regulation.  The following is an analysis of the effects and the urgency to upgrade the institutional response in the planning and regulation of major stakeholders in one of the most productive regions in Chile. 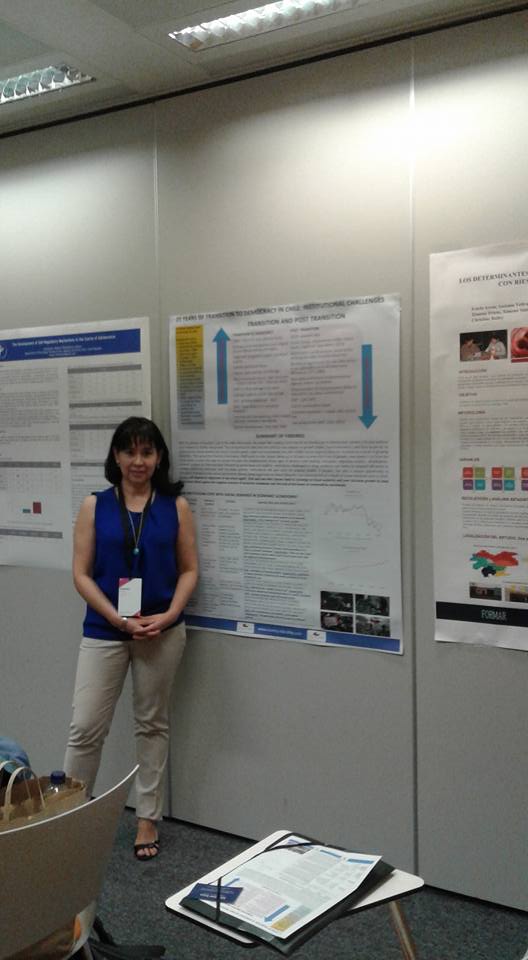 As part of our weekly monitoring on Country Risk Chile's Top 5 political risks2016, the following analysis focuses on  “social change”  and second-generation reforms at the end of a 25-year political cycle in Chile and the beginning of democratic consolidation efforts.  The announcement made at ICARE's 2016 meeting by center-left Nueva Mayoría coalition's Nicolas Eyzaguirre to the entrepreneurial elite, presents itself as a major politically milestone in terms of moderation on reforms.  Presidential Secretary Eyzaguirre announced that the bulk of reforms contained in Bachelet's Agenda were in the finalization stage and any suggestion for additional reforms would have to be ruled out necessarily. Eyzaguirre further stated it was time to send out a message of certainty, consolidate on reform legislation,  gain voters' support and reach next presidential elections in good standing. With this announcement, Chile's political correlation of forces at the end of a 2-year rule under Bachelet's second government, is moving to the political center of the NM coalition, thus giving out signs of moderation with respect to efforts on structural reforms to tackle disparities and inequalities produced in the wake of 25 years of sustainable growth and record high copper prices.  Such moderation is in response to external forces affecting the economy worldwide and echoes pragmatism against the backdrop of record-low copper prices, an appreciated dollar and record-low investment levels in Chile.