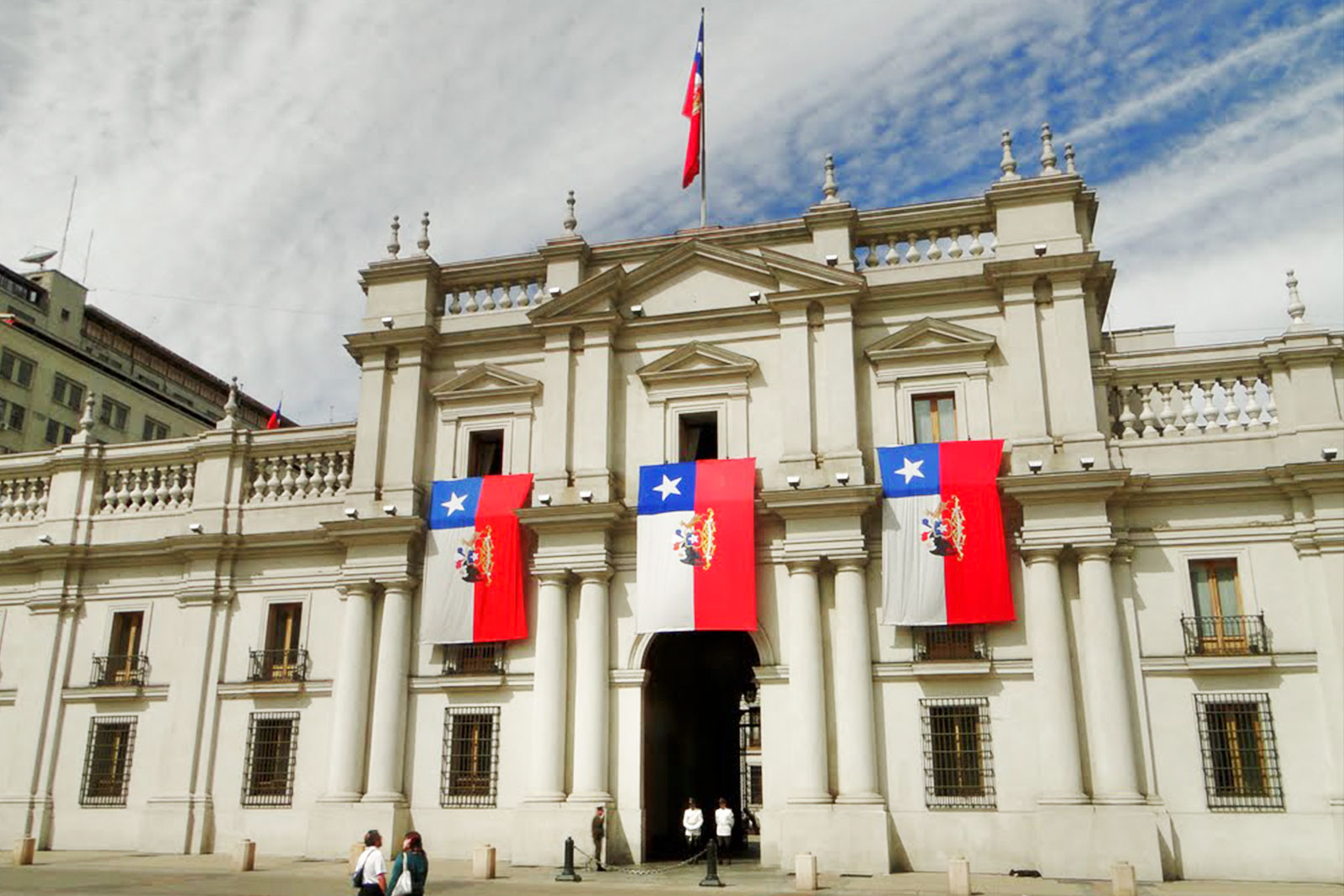 A vibrant democracy and  the empowered middle-classes

The level of pragmatism displayed by Democratic leaders to combine open economy, growth targets and FDI began showing symptoms of attrition against a new generation of Chilean citizens who increasingly began denouncing gaps in salaries and skills in the wake of a 25-year political cycle run by top-down policy-making.  They were mainly the young and impatient students, who felt they could not wait and didnot wish to wait anymore. They protested against an economic model that promoted growth but neglected its educational system, perceived a driver for equal opportunity.  At the same time that Chile was advancing positions in macroeconomics, PISA and TIMMS examinations proved Chile lagging behind in terms of educational performance. Top-down policies that gave Chile stability with the alignment of all actors (politicians, entrepreneurs, and citizens) over the legacy of an economic model was key in maintaining governance.  Disparities in the level and efficiency of education to promote equal opportunity and narrow the gap between elite and non-elite classes were not properly corrected and produced a segmented population; discrimination was strongly felt and voiced by the middle classes.  New social actors and students' leaders from “the street” became fierce critics of the model.  A widespread sense of disillusionment towards the model began to surface.

A vibrant democracy surfaced on the rallies and protests, new leaders, and an inquisitive press pointed to the shortcomings of a hegemonic economic view in social policies highlighting severe signs of attrition coming from the elites.

By 2007 and 2011, Chile witnessed the mobilization of civil society and students to press the state to narrow those gaps.  The public sphere brought future to be actors to the political scene.  Their relentless mobilization saw a window of opportunity to advance their demands to the top of the Government’s Agenda in a new electoral cycle.  That way Chile is one of the last countries to “turn left” in Latin America in a post-cold war era. The students’ protests reached a peak in 2007 and again in 2011 to voice their demands over gratuity in higher education and an end to profit in the educational system.  Protests brought a period of instability and lack of governance, polarization, and political divide as a result of new social leaders influencing the public sphere, shaping priorities, shifting the focus on micro-level issues rather than macroeconomics concerns. The role of the media was key to voice the anger and discontent. Students’ leaders such as Camila Vallejo eventually joined Parliament, her views more coincident with the left wing of the political spectrum.  In a new electoral cycle (presidential voting 2013) new actors shape the new state social and economic preferences rising to the first place in the Government  Agenda (Moravicks 1997, 2000)

Prior to elections that took Bachelet to the government in 2014, civil society and elite classes (entrepreneurs and politicians) clashed over the convergence or divergence of ideas to deal with social demands.  Then, electoral promises to tackle disparities were made.  These promised helped bring back to power the traditional center-left coalition that had been ruling since the 90’s.  With the only exception of Piñera’s center-right administration (2010 - 2013), the Concertación came back with Michelle Bachelet’s second office, who was at that time leading the UN Women affairs.  By then and in the wake of bitter recrimination from losing power in the hands of Piñera’s center-right electoral campaign, the Concertación changed names.  Now, Bachelet’s center-left “Nueva Mayoría” (NM) coalition called for second-generation reforms on education, tax evasion, labor and even a new Constitution. These announcements were deemed as “woeful” by investors and global contestation to keep the economic model was waged in the international media (The Economist, Wall Street Journal).  A new formulation for a second tax reform, aimed to pay for free education particularly at University level,  ignited a hot debate amidst ideological controversy, vilification and passionate discourse testing the level of institutional resilience to live up to democratic expectations.

As social change moves faster than the institutional capacity to respond in time and well, the complexity that the NM government was facing was significant. Since any normal political cycle is usually smooth for 30 years, disparities and the necessity for inclusive growth crawled to the top of Bachelet’s agenda. NM’s second-generation reforms are in line with political change and the beginning of a new era: the challenge of democratic consolidation.

The end of the super commodity cycle and the turn to moderation:

2014 and 2015 were marked by hot debate, ideological views on reforms, a retreat of investment, and the approval of a much controversial second tax reform to support education as a social right.  The agenda and the center-left coalition embarked on a turn to the left in policy making.  The atmosphere was tense and the press was helping to aggravate those tensions. Social actors and their views on welfare state were gaining support.  But not quite so.

By the end of 2015, however, Bachelet’s NM government acknowledged the end of the commodities boom and the necessity to readapt the government’s priorities.  The state was pressed to sit at a crossroads over economic concerns. Pressure came from the center-right opposition and local entrepreneurs.   There were 2 choices:  either maintain the path of progress seen in Chile for the last 25 years or “go south” by falling into the trap of populist decisions. The former materialized in the appointment of a moderate new Finance Minister from the center of the political spectrum of the NM coalition. Bachelet’s new slogan became:  “Pragmatism without renouncement” on reforms and it was well received by local and international investors with a hint to moderation in reforms.

However, the hastiness with which members of parliament, government ministers, and party advisors continued promoting and devising reform policies prevented the necessary deliberation and care for detail to advise robust legislation.  Lack of consensus within the NM governing coalition on how bills were being drafted became apparent.   Critical voices came from the center parties of the NM coalition calling for more serious deliberation and an end to sloppiness.

Against the 25-year alignment on growth targets, but growing disparities, new actors from the street press the state to narrow the gaps with an excess of ideology.  Consolidation of democracy is on the doorstep. Deliberation on second generation reforms to tackle disparities shows excessive ideological confrontation.  The risk of political stalemate when a multiplicity of actors are at play and political opportunists echo the anger from the street.   A window of opportunity has opened for 2nd generation reforms with the endorsement of OECD.  WEF 2015 report continues to indicate Chile is on a transition to development, but educational variables are poor.  The shift from political ideology to efficient policies is harder than expected. Deliberation charged with ideology and passionate views. If attention to external shocks and macroeconomics is excluded from the Agenda, the government is running the risk of spooking investors. Geopolitics with China slowdown, the fall of copper prices and an appreciated dollar should be carefully scrutinized. Inclusive growth and education variables depend on fiscal revenues to materialize them.

The center-left NM coalition has a unique opportunity to produce efficient policies and make history due to a success in reaching inclusive growth. The tradition of citizens’ preference to the center in the political spectrum is key for policy makers at decision level.  Therefore, against a negative slowdown, NM parties at the center of the political spectrum, can take the lead and help produce sound policies and gain legitimacy from Chilean citizens.  Opportunity to show moderation on reforms and attract investors. Opportunity for center-right parties to make a constructive opposition and persuade hardliners to adapt to a new country where “all Chileans are on board” (OECD country report 2016, The Economist).